Later on the participants discussed the advantages of setting up a tannery industry in Botswana. Based on a population of about 5 million cattle tanning seems to have great potential. 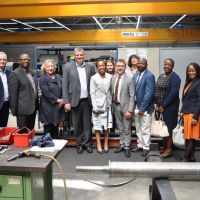 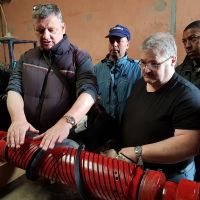 Starting June 1st HEUSCH innovates the printing process on textile spirals. Instead of applying a mechanical punching process we will change to laser printing. Customer benefits of this new printing process change are as follows:

Mr. Schebel worked at Heusch from 1954 until 1999 in various positions. In 1970 Mr. Schebel was announced Managing Director of our company.

During his tenure Mr. Schebel formed and shaped the company according to his vision. Many new products and processes have been introduced during his stewardship.

With great foresight he developed our company into a global brand name in the textile and leather industry, establishing a worldwide network of sales and service partners.

Some of them still working with Heusch in the second generation.

Mr. Schebel will always be remembered for his outstanding leadership and guidance. We wish his family and his friends the strength to cope with his loss.